Another soulful, deep and uplifting track from Husky with some heavy hitting remixes from Scott Diaz and Rainer & Grimm.

Message from Night Bass Records: Our 9th volume of ‘This Is Night Bass’ has arrived. Stacked with 10 brand new tunes, this compilation boasts an impressive roster. This time around, we’re graced with tunes from Night Bass OGs like Riddim Commission, 219 Boys, BIJOU, Dread MC & Hotfire, along with new friends & up-and-comers like Qlank, MNNR, Shdws, Kendoll, Lowdown, NuKid & Codes. ‘This is Night Bass Vol 9’ is overflowing with club-ready, head-knocking, shuffle-worthy Night Bass heaters that we are beyond proud to present.

Amsterdam is a collaboration between New York DJ/producers Andrew Marks and twoDB. Inspired by their time together at Amsterdam Dance Event in 2019, Amsterdam is a high-energy tune that is as vibrant and empowering as the city itself. It also marks twoDB’s debut release on the Gameroom imprint (who are have also recently celebrated their previous single making waves on SiriusXM’s BPM and the Billboard Dance Airplay chart), while Andrew Marks makes his second appearance on the label.

The ever evolving Damaged Goods teams up with fellow Miami based singer song-writer, Zashanell for their forthcoming release on Confession. An anthem for all the heartbreaks and heartbreakers out there on Valentine’s Day. With recent support on his work from the likes of Tiesto, David Guetta, Henry Fong, Thomas Gold, Afrojack, Sander Van Doorn, Oliver Heldens, Don Diablo and Swanky Tunes to name a few, Damaged Goods is on a roll to say the least and ‘Heartbreaker’ is set to step things up once again!

Following on from their recent release “Voodoo” featuring Dane Bowers and there remake of the underground online, club release of “Sounds of Eden” and last summers release of the classic dance anthem “You Used to Hold Me” featuring the original classic vocals of Sylvia Mason-James.

Scott & Leon met in Bobby’s Nightclub in Tenerife in 1990 where they were both DJ’s. Scott was the promotional manager and head DJ; Leon was a young 20-year-old looking for his break, Scott recognized his talent and immediately gave him a residency at the club. The pair quickly became great friends and teamed up to start to produce club music. In 2000, Scott & Leon brought their first single to the UK Garage community and before long “You Used to Hold Me” was a Top 20 hit, peaking at Number 19 on the UK Single Charts and the single went on to become one of the UK Garage scene’s biggest anthems.

“You Used to Hold Me” is still a massive dance anthem and they recently featured as party of the summer of 2019’s sold out Kisstory on the Common in London.

Recently featured on PURE GARAGE REWIND on New State Entertainment and Ministry of Sound’s GARAGE XXV both celebrating 25 years of the Garage Music genre and “You Used to Hold Me” was the most in-demand classic track on the GARAGE XXV album via iTunes.

In 2001 Scott & Leon released “Shine On” which reached Number 34 in the UK Charts; then in 2003 they also had a hit as Deep Cover with Sounds of Eden (Every Time I See the Girl) which charted at Number 47 in the UK single charts. All 3 singles were hits worldwide and had their own music videos, seeing Scott and Leon playing Ibiza, Miami, Tenerife and many of the summer holiday hot spots. In 2000 Scott was heavily featured in Sky One’s documentary Tenerife Uncovered, a tale of club life in Tenerife and was aired all over the world.

Scott also won the best club DJ in Tenerife 3 consecutive years running. Leon was not new to fame as in the early ’90s he had worldwide hits with his brother Aaron in their band Brother 2 Brother.

TaylorX & Pastlife team up once again and have produced another club destroyer, ‘Fire Boi’. Together, they have been reaching into their darker sides to create notably one of their hardest dance tracks to date. Explosive Horns and driving Bass lines carried by a catchy Vocal that will be sure to capture everyone’s attention on the dance floor!

“All My Loving” is John McIntyre’s second successive release with Deevu Records, featuring the vocal talents this time of Nisha Mae.

This track was Written by John McIntyre and Craig Steer and takes inspiration from the Old school house scene but with a modern twist.

Full of vibes and catchy hooks

To book John or Nisha for your venue/event or for any remix enquiries, please contact: management@deevu.co.uk

Don’t forget to tune in to DeeVu FM for top tunes and live shows at https://deevu.fm 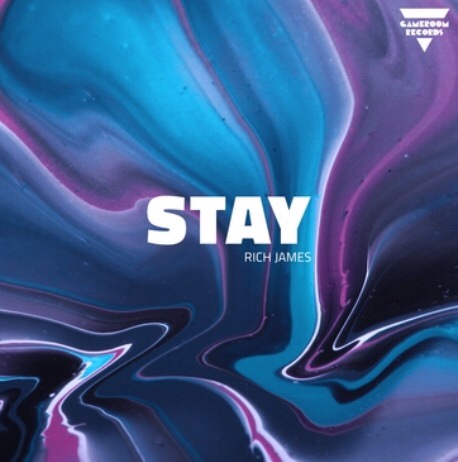 With over 300,000 monthly Spotify listeners, one of the brightest stars coming out of the UK, Rich James, makes his return to Gameroom Records with his new deep and groovy gem, ‘Stay’. James takes this groove to another planet with masterful layering, miraculous piano riffs and tremendous vocals that will have you singing ‘Stay’ til’ the sun rises.